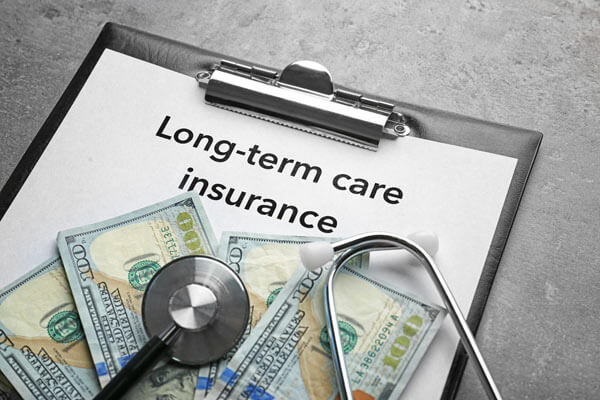 A long-term care policyholder has successfully sued her insurance company for breach of contract after the company raised her premiums.

At age 56, Margery Newman bought a long-term care insurance policy from Metropolitan Life Insurance Company. She chose an option called “Reduced-Pay at 65” in which she paid higher premiums until she reached age 65, when the premium would drop to half the original amount. The long-term care insurance contract set out the terms of the reduced-pay option. It also stated that the company could increase premiums on policyholders in the same “class.” When Ms. Newman was 67 years old, the company notified her that it was doubling her premium.

Ms. Newman sued MetLife for breach of contract and fraudulent and deceptive business practices, among other things. In its defense, the company argued that the increase was imposed on a class-wide basis and applied to all long-term care policyholders over the age of 65, including reduced-pay policyholders. A federal district court dismissed Ms. Newman’s suit, ruling that the contract permitted MetLife to raise her premium. Ms. Newman appealed.

The U.S. Court of Appeals for the Seventh Circuit reversed the lower court’s decision and held that MetLife breached its contract when it raised Ms. Newman’s premium (Newman v. Metropolitan Life Insurance Company, U.S. Ct. App., 7th Cir., No. 17-1844, Feb. 6, 2018). According to the court, reasonable people would believe that signing up for the reduced-pay option meant that they were not at risk of having their premiums increased. The court also allowed Ms. Newman’s fraudulent and deceptive business practices claim to proceed, ruling that she showed evidence that the company’s marketing of the policy was deceptive and unfair. 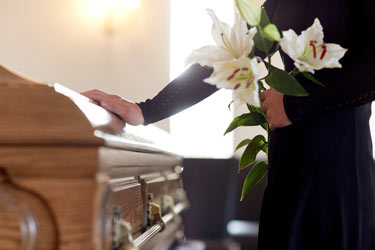 Whether your spouse has just passed away or you have lost your mom or dad, the emotional trauma of losing a loved one often comes with a bewildering array of financial and legal issues demanding attention. It can be difficult enough for family members to handle the emotional trauma of a death, let alone taking the steps necessary to get these matters in order.

If you are the executor or representative of the will, you first should secure the tangible personal property, meaning anything you can touch such as silverware, dishes, furniture or artwork. Then, take your time while bills need to be paid. They can wait a week or two without any real repercussions. It is more important that you and your family have time to grieve.

When you are ready, you should meet with an attorney to review the steps necessary to administer the will. While the exact rules of estate planning differ from state to state, the key actions include:

While some of these steps can be avoided through trusts or joint ownership arrangements, whoever is left in charge still has to pay all debts, file tax returns and distribute the property to the rightful heirs.

If you have been reading my newsletters, you know that I come in contact with many adult children who are concerned about the safety of their elderly parents driving on the roads we all share.

It is a sensitive topic and the dangers are real. Unfortunately, the solutions are not easy to facilitate.

I saw this recent AP Press article and decided to share it with you.

Jerry Wiseman notices it’s harder to turn and check his car’s blind spots at age 69 than it was at 50. So the Illinois man and his wife took a refresher driving course, hunting tips to stay safe behind the wheel for many more years – a good idea considering their state has arguably the nation’s toughest older-driver laws.

More older drivers are on the road than ever before, and an Associated Press review found they face a hodgepodge of state licensing rules that reflect scientific uncertainty and public angst over a growing question: How can we tell if it’s time to give up the keys?

Thirty states plus the District of Columbia have some sort of older-age requirement for driver’s licenses, ranging from more vision testing to making seniors renew their licenses more frequently than younger people.

At what age? That’s literally all over the map. Maryland starts eye exams at 40. Shorter license renewals kick in anywhere from age 59 in Georgia to 85 in Texas.

The issue attracted new attention when a 100-year-old driver backed over a group of schoolchildren in Los Angeles late last month.

That’s a rarity, but with an imminent surge in senior drivers, the federal government is proposing that all states take steps to address what the National Highway Traffic Safety Administration calls “the real and growing problem of older driver safety.”

Healthy older drivers aren’t necessarily less safe than younger ones, Coughlin points out. But many older people have health issues that can impair driving, from arthritis to dementia, from slower reflexes to the use of multiple medications.

There’s no easy screening tool that licensing authorities can use to spot people with subtle health risks. So some states use birthdays as a proxy for more scrutiny instead.

Senior driving is a more complicated issue than headline-grabbing tragedies might suggest. Older drivers don’t crash as often as younger ones. But they also drive less.

About 60 percent of seniors voluntarily cut back, avoiding nighttime driving or interstates or bad weather, said David Eby of the University of Michigan’s Center for Advancing Safe Transportation throughout the Lifespan.

Measure by miles driven, however, and the crash rate of older drivers begins to climb in the 70s, with a sharper jump at age 80, according to the Insurance Institute for Highway Safety. Only teens and 20-somethings do worse.

That rising risk reflects the challenge for families as they try to help older loved ones stay safe but still get around for as long as possible, which itself is important for health.

The good news: Fatal crashes involving seniors have dropped over the past decade, perhaps because cars and roads are safer or they’re staying a bit healthier, said the Insurance Institute’s Anne McCartt.

Yet the oldest drivers, those 85 and up, still have the highest rate of deadly crashes per mile, even more than teens.

And more often than not, they’re the victims, largely because they’re too frail to survive their injuries.

And seniors are about to transform the nation’s roadways. Today, nearly 34 million drivers are 65 or older.

By 2030, federal estimates show there will be about 57 million – making up about a quarter of all licensed drivers. The baby boomers in particular are expected to hang onto their licenses longer, and drive more miles, than previous generations.

Specialists say more seniors need to be planning ahead like Jerry Wiseman and his wife Sandy.

“Absolutely we want to be as good drivers as we can possibly be for as long as we can,” said Wiseman, of Schaumburg, Ill.

At an AARP course, Wiseman learned exercises to improve his flexibility for checking those blind spots. He takes extra care with left-hand turns, which become riskier as the ability to judge speed and distance wanes with age. He knows to watch for other changes.

Where you live determines what extra requirements, if any, older adults must meet to keep their driver’s license.

Among the most strict rules: Illinois requires a road test to check driving skills with every license renewal starting at age 75 – and starting at age 81, those renewals are required every two years instead of every four. At 87, Illinois drivers must renew annually.

In Washington, D.C., starting at age 70, drivers must bring a doctor’s certification that they’re still OK to drive every time they renew their license.
New Mexico requires annual renewals at 75.

Some states introduce age requirements after high-profile accidents. Massachusetts now requires drivers to start renewing licenses in person at age 75, with proof of an eye exam.

The change came after an 88-year-old driver struck and killed a 4-year-old crossing a suburban Boston street in 2009.

This summer, the National Highway Traffic Safety Administration proposed a national guideline for older driver safety that, if finalized, would push states to become more consistent.

Among the recommendations: Every state needs a program to improve older driver safety; doctors should be protected from lawsuits if they report a possibly unsafe driver; and driver’s licenses should be renewed in person after a certain age, tailored to each state’s crash data.

Still, many states say their main focus should be on inexperienced teen drivers and problems such as texting behind the wheel.

The law was repealed after an 86-year-old legislator called it discriminatory.
It’s not the only state worrying about age discrimination.

“You don’t want to go around and say, ‘This person is 85. We’ve got to take them off the road.’ That wouldn’t be fair,” said Assemblyman David Gantt of New York, where licenses last for eight years.

On the other side is the family of a Baltimore college student who died last year after being run over by an 83-yearold driver who turned into his bike lane.

Maryland next month begins issuing licenses that last longer – eight years instead of five – despite an emotional appeal from the mother of Nathan Krasnopoler that that’s too long for the oldest drivers.

“You should be looking at your drivers to be sure they’re able to safely drive. There’s plenty of research that as we age, things do change and we may not be aware of those changes,” said Susan Cohen, who now is urging Maryland officials to study adding some form of competency screening, in addition to the required eye exams, to license renewal.